A Letter from our
New President pro tem 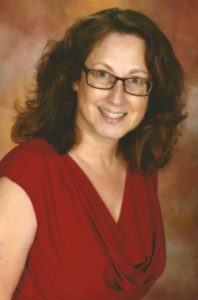 In March, 2017, the Board of Directors of the Society for Crypto-Judaic Studies nominated and elected me to serve as president pro tem following Dr. Joe Maldonado’s abbreviated term. Members of the Board join me in expressing our appreciation for his contribution, as well as that of his predecessor, Genie Milgrom.

The founders of SCJS had a vision over 25 years ago. Hundreds have been a part of making that vision a reality. In this busy year of transition, we have also rescheduled our conference locale from Puerto Rico to Philadelphia, switching from June to November 2017.

As the newest president, I belong to both the old and new generations of SCJS leadership, standing on a bridge between "what we always did" and the exciting consideration of "what can still be done to bring our past into our future." Joining SCJS in 2008 as a Member-at-Large, I soon thereafter became the founder and editor of La Granada, the Society’s free, online newsletter. Over time, I have formed lasting friendships with people whose paths I would have never crossed had it not been for the SCJS conferences. My life is richer for all of these.

Friendship and scholarship guide everything we do at SCJS. The community of members, subscribers, and conference attendees draws people from around the world, bound by our mutual curiosity and respect for all forms of learning and expression pertaining to the crypto-Judaic experience. People with more than one graduate degree mingle with individuals whose life experience is their degree.

Upon its founding, SCJS was dedicated to the study, peer-review, and dissemination of research about the hidden communities of crypto-Jews in the American Southwest. Over time, individuals began to come forward with questions about unexplainable family traditions. Academics and non-academically affiliated individuals started to share, and a new picture began to emerge, a cross-pollination between the researchers and their subjects.

The dynamic tension in the dialogue directs how we describe the experience. The old pejorative term "marrano" has been replaced with words like converso, crypto-Jew, anusim, forced-ones, converts, and returnees. The new terms require us to be mindful of the nuances of semantics, and open to a clear understanding that various terms are not always precise, accurate or applicable in all circumstances.

SCJS does not distinguish between the paths individuals pursue upon learning of possible Jewish heritage. That fact distinguishes us from other modern organizations or institutions that explore the meaning of what it means to be a descendant of crypto-Jews. In the American Southwest, the culture of that amorphous group still incorporates a veil of secrecy passed on as family tradition. In other parts of the United States and around the world, maintaining secrecy or anonymity is not a consideration – yet another dynamic tension.

Sending all the best and looking forward to hearing from you!